Hello
would you please help me to translate this part of Eusebius's book.thank you 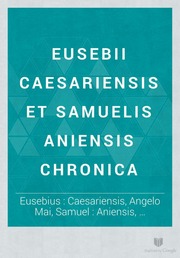 Staff member
1. Cyrus for 30 years. In the first year of his reign, he gave freedom to fifty thousand Jewish captives. These returned to Jerusalem, where they raised an altar and laid the foundations of the temple. Because of neighboring people, however, the temple remained unfinished until the time of Darius son of Vestaspis. Tomyris, heroin of the Massagetae, killed Cyrus.
Vanitas vanitatum, omnia vanitas. (Eccl. 1:2)
You must log in or register to reply here.
Share:
Facebook Twitter Reddit Pinterest Tumblr WhatsApp Email Link
Top