How does "drive out" (ex- + agere) semantically shift to signify "weigh out"?

I screenshot https://languages.codidact.com/posts/281187. Thank you! 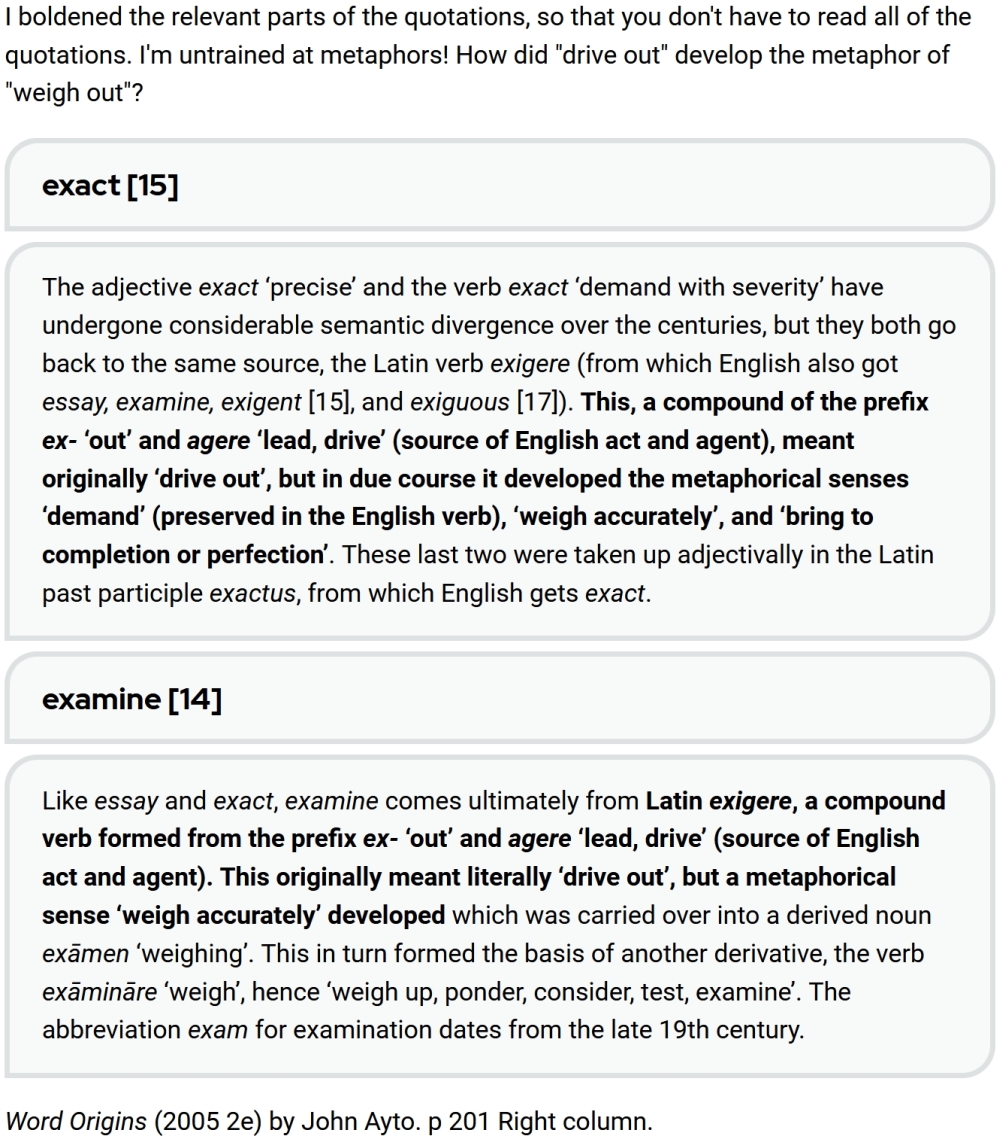 Preverbs/prepositions like e(x)- can be used both with respect to actual, physical space and purely semantic, metaphysical space. This is universally true of the Indo-European languages. Just like how in English the word 'understand' has nothing whatever to do with 'standing underneath' something, but rather treats 'knowledge' or an 'idea' as some sort of burden which needs to be upheld (as from underneath) by the mental faculties. In the case of e(x)-, the physical meaning is 'out of', but the metaphysical is '[all the way through] to the end & out of'.

A (somewhat poetic) example is mori 'to die' vs. emori 'to die thoroughly, to die out, to perish, to expire, to give up the ghost'. Or consider facio 'I do' as opposed to efficio 'I do [with the result that it gets done], I bring about, I cause, I make happen'.
And so, while ex- + ago may have literally meant 'to drive out', the metaphorical/metaphysical meaning would be 'to do something to completion'. The word ago is moreover common in the lexical realm of 'doing business' (cf. words like 'agent, transaction, intransigent'). If the essence of 'doing business' is the simple act of transaction, that is the paying of monies which at one point were quite literally weighed on a scale, it is a short leap for exigo to go from 'do thoroughly' to 'count out [weigh] thoroughly'.

Participles (like exactus) are absolutely sprawling in their capacity for meaning, no matter the era & no matter the language. But in this particular case, no big stretch of imagination is required. The meaning of 'having been counted out/weighed thoroughly' is right on the money.
"I am what I am." - El Shaddai, quoting his good friend Popeye the Sailor Man
द्वौ संनिषद्य यन्मन्त्रयेते राजा तद्वेद वरुणस्तृतीयः - AV 4.16
S

Thank you. Can a moderator please

1. replace the screenshot in my post above (where there are 4 deceivingly separate blockquotes), with the one below? 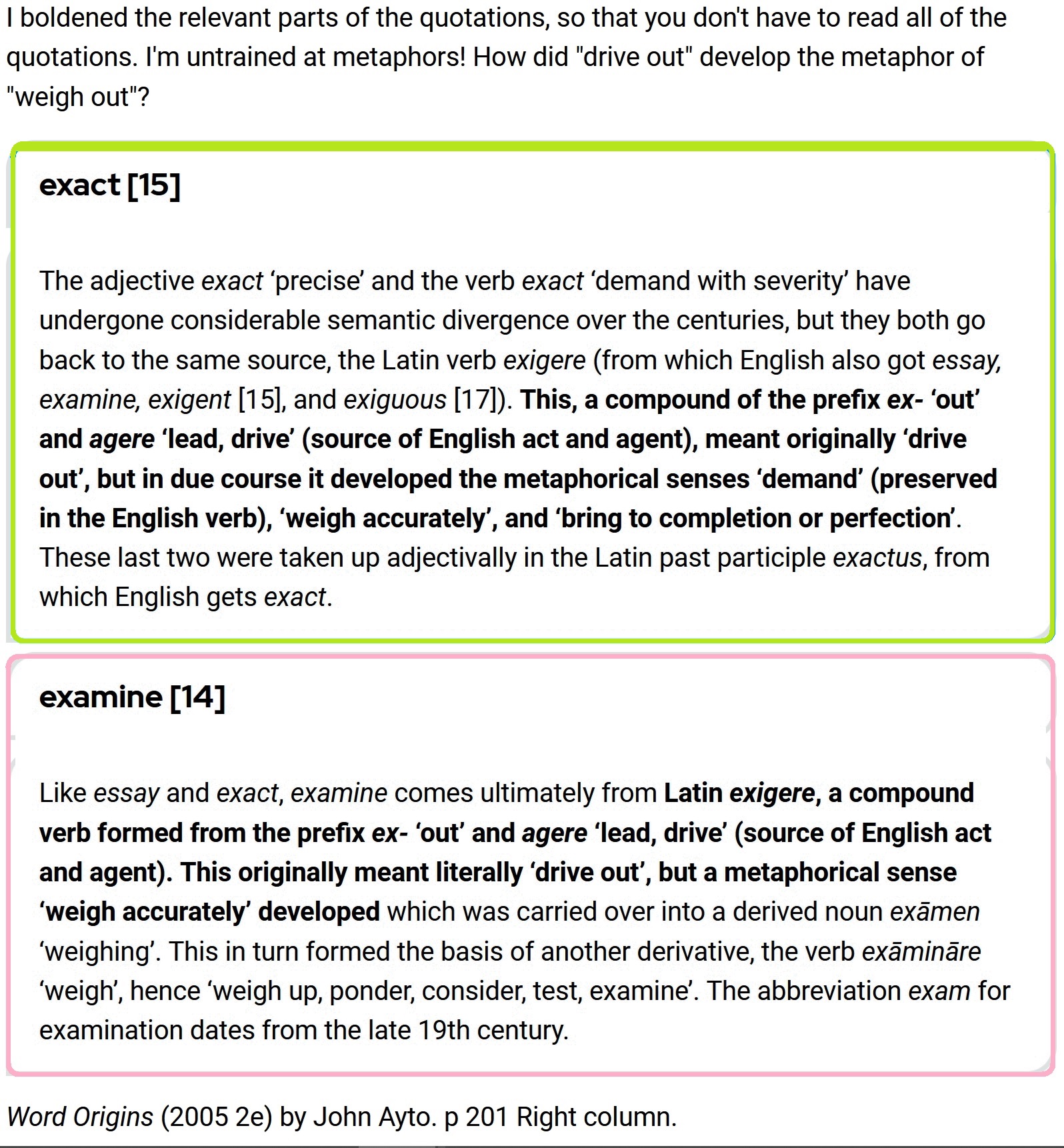