Adrian dixit:
I watched the 1st season of Kengan Ashura. TBH it wasn't too bad (for an anime with virtually no story line other than SF V fight scenes montage).


Levius caught my attention. Has anyone seen it? Is it worth watching?

@Adrian
Yo! Sorry for being late amigo.

I’ve watched one called Kuromukuro. Mecha fights and romance. It’s not bad. Of course Gurren Lagann is un clásico.
I’ve also seen Aldnoah.zero (ΛLDNOΛH.ZERO). It’s alright, but the other two are better.
If one is really desperate, there is Sword Art Online.
Իսահակը կանչեց Աստծուն.

Issacus Divus dixit:
If one is really desperate, there is Sword Art Online.
Click to expand...

If I was into emoticons, I'd use at least five of the ones puking.

(I actually did watch the first two seasons of that, but it is so unashamedly based on the slightly disturbing fantasies of teenage gamers that I'm sort of amazed I made it that far).

If I was into emoticons, I'd use at least five of the ones puking.
Click to expand...

The concept behind SAO is sort of attractive, and has been visited many a time by the well-regarded .hack franchise (haven't seen/read/played any of which myself); the problem is just that it so quickly devolves into huzubando-to-waifu territory. It's pretty much weebo-erotica molded hastily into an adventure show, much like Darling in the Franxx.
马克思
Tria sunt signa spiritous Hemonis Rusticei.

Haven't been watching much animorphs lately (or rather, it's the same old schlock), but I did just get my hands on the blu-ray of Isao Takahata's Princess Kaguya, which is sure to be a rollicking fucking masterpiece. Love my man Isao (not to be confused with his biblical counterpart), and the art is so biyūchifuru, desu ka ne?
马克思
Tria sunt signa spiritous Hemonis Rusticei.

I watched first episode of Vinland Saga yesterday. It left a positive impression on me (I guess I'll watch more episodes if time allows).
Thank you for mentioning it.
[...] è molto più sicuro essere temuto che amato [...] / [...] multo timeri quam amari tutius est [...]. I like BUSH. The pussy, not the president. Dammitall, @Laurentius, at length I have to ask. Where'd you get that avatar?
马克思
Tria sunt signa spiritous Hemonis Rusticei.

Hemo Rusticus dixit:
Dammitall, @Laurentius, at length I have to ask. Where'd you get that avatar?
Click to expand...

Why? It's an anime girl version of a popular scene from Life of Brian by Monty Python.
Nulla dies sine linea. - Plinius Maior

No way! That's what it reminded me of, but I thought 'nah, why would an anime do that?' That's wacky.
马克思
Tria sunt signa spiritous Hemonis Rusticei.

Issacus Divus dixit:
GT was kinda entertaining at times though.
Click to expand...

Yeah, the big gripe about GT isn't at all valid. Dragon Ball is, and has always been, a goofy show that doesn't take itself too seriously. Just look at Goku, the centerpiece: he's a goddamn baffoon.
Pan is a cute character, and her Japanese voice is really excellent (so it overrides Goku's shitty old woman voice), and, best of all, watching GT is essentially watching Crono Trigger: the Anime (Goku = Crono, Pan = Luca, Giru = Robo).
马克思
Tria sunt signa spiritous Hemonis Rusticei.

On the anime front, I've been sticking mostly with the oldies, as usual:
There's Cat's Eye, which is a cute little play on the Japanese 喝 katsu (an exclamatory word used in martial arts) and Sino-Japanese 愛 ai for 'love'.
There's good ol' Urusei Yatsura, the 2nd movie of which I just watched with a pal on RetroCrush, which looks like a pretty good service.

Then there's the bastardly Monogatari series, which I can't recommend to anyone despite its merits 'cause it leans very heavily into the whole loli-sibling-senpai high-school-harem shitstorm that most anime endorses.
马克思
Tria sunt signa spiritous Hemonis Rusticei.

Also, there's the animesque [adult swim] show Ballmastrz: 9009, which is free on their website. Top-notch, goes without saying. 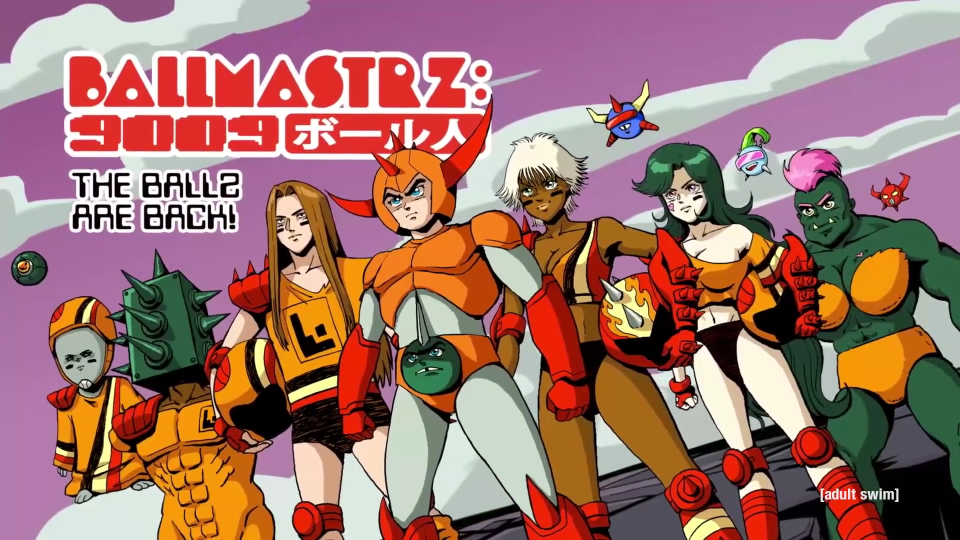