Hi! I'm looking at some Latin inscriptions for a paper I'm writing and a weird word keeps popping up: stlitibus. I've never heard of such a thing and have absolutely no clue what it means or how such a word could even exist in Latin. Can anyone enlighten me on this?
VITREA·CVI·DOMVS·EST·IACTANDI·NON·LAPIDES·SVNT

That's the old way of writing "litibus". Decemviri stlitibus iudicandis, for example, were the civil court who were dealing with cases pertaining to the status of individuals.

Thanks!! I was pretty baffled. I wonder why they spelled it that odd way; it seems to break the rules for Latin phonetics to ram together three consonants like that.
VITREA·CVI·DOMVS·EST·IACTANDI·NON·LAPIDES·SVNT

Still, it's quite anomalous. I can't think of another Latin word (archaic or not) that does anything like that.
VITREA·CVI·DOMVS·EST·IACTANDI·NON·LAPIDES·SVNT

I had never heard of any of those!! I wonder if proto-Latin used to be more Greek-like in its handling of consonants.
VITREA·CVI·DOMVS·EST·IACTANDI·NON·LAPIDES·SVNT

Callaina dixit:
I had never heard of any of those!! I wonder if proto-Latin used to be more Greek-like in its handling of consonants.
Click to expand...

Yeah, we have that: stlačiti, stlačivanje, for example, "putting pressure on something"

The all-time famous consonant-cluster phrase from literature comes to mind, chrząszcz brzmi w trzcinie, (a beetle is resounding in the reeds) which I think I've recorded on here a while back. @Adrian
Nulla enim res melius occupat totum hominis animum quam studia.

Yeah, we have words starting with str as well: strašno "horrible", spr: spremati "putting things in order", we have also smrt - in smrt - "death". Speaking of tongue twisters, Slovacs and Czechs are famous for their tongue twister as well: Strč prst skrz krk. 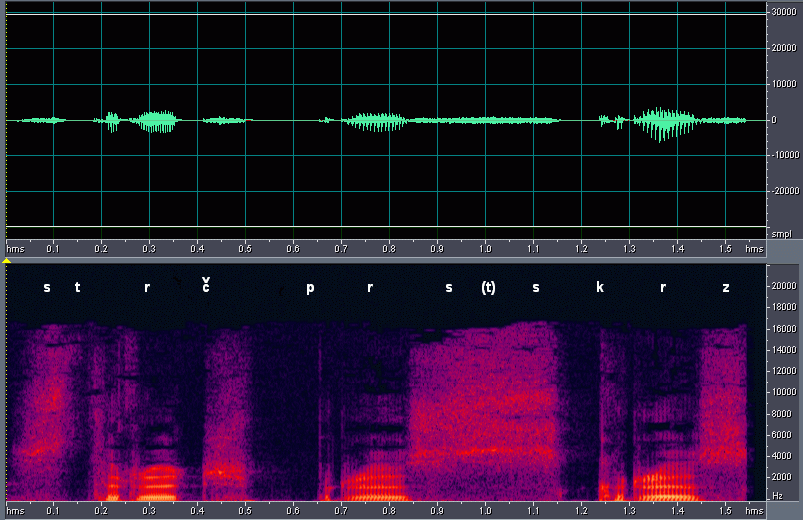 And Slovenians can shamelessly get away with 6 consecutive consonants in a row: ministrstvo for "ministry". But here "r" is some kind of semivocal so we survive these tongue twisting words without serious consequences for our laryngeal health.

Callaina dixit:
Thanks!! I was pretty baffled. I wonder why they spelled it that odd way; it seems to break the rules for Latin phonetics to ram together three consonants like that.
Click to expand...

Unlike all those Slavic tongue twisters resulting from vowel loss, stl- is at first blush no different from str-. But somehow both Latin and Germanic allow the latter while disallowing the former. In Slavic stl- also seems to only result from vowel loss, so the reason for the difference could be that str- was much more frequent in Proto Indo European. Many languages don't distinguish between L and R, and str- is clearly the easier one to pronounce - just flick your tongue - so maybe this difference in distribution goes way back. Still, from PIE down to Latin stl- was evidently allowed and maybe not even that rare. They must have started having trouble with it after all the consonant assimilations forced -tl- to be replaced with -cl- inside the word so as not to end up assimilated to -ll-; word-initially it became a single l- (tollere > lātus). The initial s- probably prevented this in stl- at least in some varieties, and there was also scl- as a non-standard treatment.
Last edited: Friday at 2:18 PM

And/or perhaps that "t" is a sort of epenthetic consonant since according to some etymological dictionaries (Vaan's) proto-Italic word was "sli-ti". Perhaps they liked tongue twisters in those days even more than the modern Slavs. 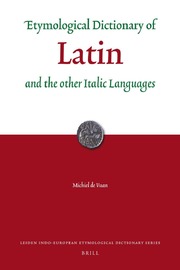 This dictionary forms part of the project Indo-European Etymological Dictionary, which was initiated by Robert Beekes and Alexander Lubotsky in 1991. The aim...
archive.org

Vaan offers similar possibility for stlocus, saying that slocus may have been the earlier variant. (Although there are other opinions with regard to stlocus).

This dictionary forms part of the project Indo-European Etymological Dictionary, which was initiated by Robert Beekes and Alexander Lubotsky in 1991. The aim...
archive.org

What sort of sentence from the black lagoon is that?!??????!?!??!??
VITREA·CVI·DOMVS·EST·IACTANDI·NON·LAPIDES·SVNT

The meaning of it is even more interesting lol: Stingy dormouse from Brdy mountains fogs full of manure spots firstly proudly shrank a quarter of handful seeds, a delicacy for mean does, from brakes through bunch of Centaurea flowers into scrub of willows.
​
Obsequium amicos, veritas odium parit.