I will always fondly remember my Commodore 64 in the late eighties when I was 6 or 7 years old... with the massive floppy disks
S

Volatica Aquila dixit:
my first computer was given to me by my grandfather when I was like 11. I was old school. it ran on ms dos, and didn't even have a color screen.
Click to expand...

thats what happen to me too lol i had a tons of computers my grandfather us to work for locke martin spelling i know so he always hooked us up, got the internet like when it first came out a cd burner as a kid they didnt have limewire so all i was burning was playstation 1 games lol my grandfather got my playstation chipped lol
R

Commodore 64.
That's right 64K of memory!
Connected to an old TV. I used to change the channel and watch TV while programs and data slowly loaded from the 5 1/4" floppy disk.

I had an old BBC computer which didn't really seem to do anything! I remember computer magazines offering complicated programmes for various games, all of which had to be typed in by hand. One time it took me four days to type this wretched programme. When I had finished it didn't even work. I was so disappointed and as you can tell havn't really recovered.
P

An 80286 PC with a 40 Meg hard drive and DOS. Microsoft did not make anything reliable since DOS.
A

I started with the Sinclair, then upgraded to the Commodore 64. That thing smoked!
T

I had an Osborne 64. Had to be booted up with 5.25 floppy disks and had a monochrome monitor. Early 1980s. I used to type my papers for school when nobody else owned a computer or had to use a typewriter.
V

First computer was a Commodore 64 as well, recording games from the radio on to compact cassettes and play those on your C64, those were the days

This thread was started a year before I got my first computer. I'd been on the internet since before the millennium, but mainly used the one at work; as I worked a seven nights on, seven off shift pattern at the time, it meant that every other break was immersion in Real Life.

But in 2007 I acquired both a camera and a camera phone, and I needed to install special software on the computer to retrieve pictures from the latter. Vista had just come out, so I hastened to buy one of the last XP laptops that was being sold – actually a refurbished one, as new ones were no longer around. And, you know, I can't remember what it was. An Acer, I think, but I wouldn't swear to it.

Staff member
I had a computer that looked like this but pink.

Staff member
Mine was a ZX Spectrum.

Staff member
I had to wait a few years longer. I nearly was gifted a ZX81, alas it never happened. My first computer was an Amstrad Something-or-Other with a green screen and a memory of 256Kb. At least it used 3 1/2" floppies, unlike the 5 1/4" ones we had at work.
If you ever catch me posting something in Latin, of your charity, please check and correct it.

You guys are geezers.

My first computer was a Sinclair ZX81 bought second hand in 1984 for the benefit of my sons aged 6 and 3. The younger one had already taught himself to read (and I do mean taught himself, using a board game which involved pictures and tiles with letters on which fitted into holes and spelt out the name of the thing pictured) so he had no trouble teaching himself programming in Sinclair Basic. By the time he started school, as well as being a fluent reader, he was just as familiar with binary and hexadecimal number systems as he was with decimal. I had done some programming in Algol at University in the 1970's but his programming soon reached the point where I couldn't follow it, so I took him along to our local computer club to mix with experts. It so happened that they were starting a six week course on Sinclair Basic that night and it was suggested my son join. But it was aimed at adults and the teacher wasn't keen on having a child in the class, so it was agreed he would ask my son some questions to judge his fitness. After a few minutes he came across to us with a list. The conversation went as follows and I promise you this is word-for-word. Teacher; "What's the difference between CLEAR and NEW?" 6-year-old son; "CLEAR resets the program variables but NEW resets the system variables." Teacher (screwing up list); "You're in!" Time passes, son goes to Oxford to study computation, and gets a job as a web designer. And things come full circle. The latest series of Black Mirror - Bandersnatch - on Netflix tells the story of a games developer back in 1984. The film soundtrack includes the analogue loading tape described in a previous post. Computer geeks following the series record the sound, play it into their old Spectrums (or more likely Spectrum emulators on their PC's) and discover it isn't just sound effects, it really works. And who was commissioned to do the coding? My little boy.

The computer described in post 15 was probably an early Spectrum, which had rubber keys.

Staff member
They were on the inside, if you took the hard plastic off.
If you ever catch me posting something in Latin, of your charity, please check and correct it.

Well I started at a early age at computers in 2007 when I was 7 years old, I remember I was using a
Sony VAIO VGN-NR160E 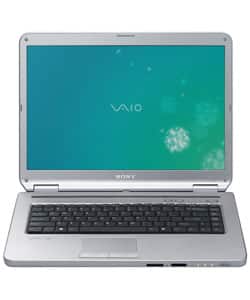