They do if you have them instead of the intercourse.
mollia securae peragebant otia gentes.
(Ov. met. 1,100)

Tironis dixit:
Yep - can just see you as the next Arnold Schwarzenegger.
Click to expand...

That makes one of us
​

Btw. oatmeal should be eaten with some source of calcium (=some kind of milk or yoghurt / quark*) because oats, despite having numerous health benefits and supply the body with lots of vitamins etc. etc., can cause under very certain conditions in certain quantities a potential calcium deficiency (from reasons difficult to describe, it has to do with calcium oxalate) and that's why it is not a bad idea to eat them not with water but with milk or yoghurt: like that, your calcium net intake is at worst around zero instead of negative, at best it is positive...


*the thing Slavs call "tvaroh", not sure it exists in the west in the same form.
Last edited: Jan 23, 2020
-
Fully Digital Forcellini + Attico-Latin / Lat-Att. dictionaries

Tironis dixit:
Yep - can just see you as the next Arnold Schwarzenegger.
Click to expand...

How about you, some strength/fitness ambitions next to cooking etc.? ; P (it sometimes goes hand in hand)


Btw., Adrian is not bulshitting, he really started with strength training (& losing some superfluous fat storage), he's obviously not "Arnold" yet, but it's all on the good way ; )
-
Fully Digital Forcellini + Attico-Latin / Lat-Att. dictionaries

Never even crossed my mind Adrian might be bullshitting. Whatever his goal I'm sure he'll make it - as long as he doesn't look like Arnold at the end of it!

I'm not a foodie - mainly steam a lot of vegetables with or without a portion of cod, or make spaghetti with pesto sauce - and that's about it. Have given porridge a rest - am now on Swiss style Muesli with no added salt and sugar.
Namque pauci libertatem, pars magna iustos dominos volunt (Sallust)

Thanks for the answer... I didn't intend to insinuate you were incredulous, I just meant to supply more context to this discussion: me & Adrian live similar lifestyles now and thus share our information now and then : -)
-
Fully Digital Forcellini + Attico-Latin / Lat-Att. dictionaries

Godmy dixit:
he's obviously not "Arnold" yet, but it's all on the good way ; )
Click to expand...

TBH I would never want to look like Arnold. My goal is to achieve slender wiry "dry-cut" physique similar to Jason Statham 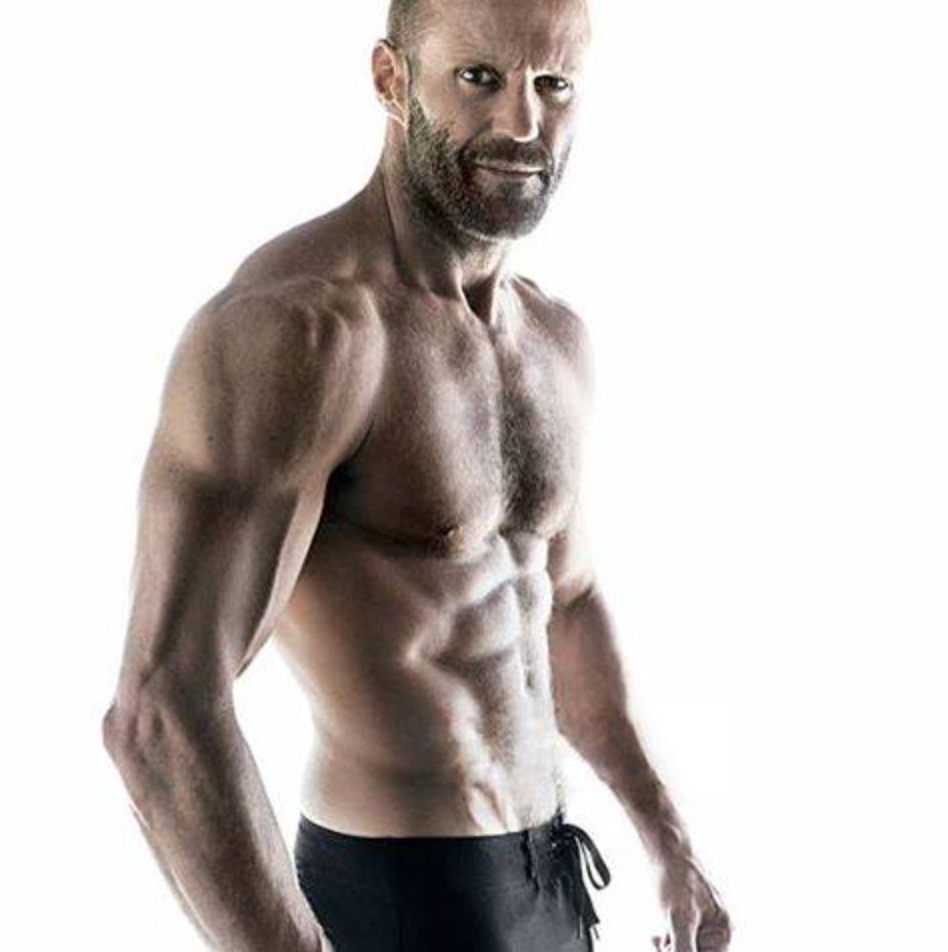 Adrian dixit:
Long life seems nice, but for now my goal is to boost mah strenth
chia seeds, pumpkin seeds, salt water fish, egg yokes, yogurt and garlic ... all them goodies that give you brawn and make them chest hair grow like crazy.
Click to expand...

. . . and make them chest hair grow like crazy. Didn't seem to have worked for Jason Statham.

Tironis dixit:
. . . and make them chest hair grow like crazy. Didn't seem to have worked for Jason Statham.

Nature works mysterious ways; sometimes it's the chest, other time the back, some other time the crotch
Or perhaps he sacrificed himself for the sake of photo shoot and did full brazilian waxing....
​

Bitmap dixit:
Salt and vinegar is hard to find in the crisp shelves
Click to expand...

I noticed myself (it's very difficult to get such crisps in Poland); I used to stop by a german LIDL (when I went on business trip) to buy them.
IMO salt+vinegar taste way better then Paprika flavor or grilled vegetables flavor.
Last edited: Jan 26, 2020
​

Pacifica dixit:
Here I think it's red for full-fat, green for semi-skimmed and blue for skimmed.
Click to expand...

It looks like blue is sometimes semi-skimmed, too. The other day I bought a blue semi-skimmed milk carton.
Vanitas vanitatum, omnia vanitas. (Eccl. 1:2)

I am about to eat some Super Green sausages. These consist of quinoa, spinach, ginger, chilli and mint. The package assures me they are packed full of plant-based goodness.

I am dubious, given that they're promoted as gluten-free, high-fibre and vegan. In other words, healthily or morally trendy, which usually means short on taste. We shall see.

They were edible, if not memorable. There are better things to do with spinach.

Staff member
To paraphrase Johnson: worth eating, but not worth inviting someone to eat.
If you ever catch me posting something in Latin, of your charity, please check and correct it.

Now I'm going to eat some chicken (plus mozzarella and other things) chipolatas, from the same company. The triumph of hope over experience? Half of them fried and the other half grilled, because I have to find out the truth.

You can't handle the truth. Or at least I can't, because I've forgotten what they were like. Probably too boring to write up.

Anyway, bread. Quite a simple thing at heart: water, flour, salt, yeast. Not difficult to make from scratch either, though for some reason there's a mystique about it. This allows you to feel quite smug for little effort.

But then we come to gluten-free bread. Dozens of ingredients, and you'd think at least one or two of them would give the end product some sort of flavour, but you'd be wrong. Worse, the thing doesn't hold together. In theory, xanthan gum will do the trick. In practice, it doesn't. Also, it derives its name from the bacterium xanthomonas campestris, which causes black rot. Yum.

The blandness I could just about handle, but I find it hard to believe modern food technology can't find a way of sticking together a loaf without gluten. Perhaps they could try glue or rubber bands. And then at least it would taste of something.
You must log in or register to reply here.
Share:
Facebook Twitter Reddit Pinterest Tumblr WhatsApp Email Link
Top