I agree with you but two severe back pops over the last ten years has put the fear in me.

Me update: deadlift 80kg (127% of my bodyweight) - I did heavy deadlifts after one month, it went maybe even better than the last time with 75.


I still feel I have great reserves, I could have MAYBE done even 90-95 (if not 100) today at least for one rep , but aside from missing plates, I just don't jump ahead my muscles and safe risk.
Last edited: Mar 25, 2020
-
Fully Digital Forcellini + Attico-Latin / Lat-Att. dictionaries

Ok, one more experimental thing I did at home, something I long meditated doing but didn't know how. Incline bench press (=targets more the upper chest and a little bit of the front delt) without the incline bench .... at home!


Measured by the photometry (by analysing the video), the body's lying while being precisely 30 degrees inclined from the ground*, which turns out to be the ideal angle to target the upper chest (with 45 or 60 - which you find more commonly in gyms, going much more for the front delt/shoulder than the chest).

*I simply estimated it by my theoretical knowledge of the lift as I was setting it and myself up ;P and it turned out to be correct

@Godmy, as much as I have confidence in what you are doing; as much I don't have trust in that wooden chair. Please consider investing in a professional barbell rack or at least solid metal chair. Thanks.

While I do agree and use metal chairs myself for now, you also have to think that for a normal chair it's pretty easy to sustain 42 kg, otherwise people couldn't sit there.
Nulla dies sine linea. - Plinius Maior

Yeah, thanks very much for the concern, but the sitting area really can sustain 100+ kg, since a pretty heavy person can sit there, right?
-
Fully Digital Forcellini + Attico-Latin / Lat-Att. dictionaries

Anyway, some of the chair motion here seem to me now as undesirable, I'll try not moving it at all in the future. May also go just for the dumbbells, although there it's harder to get them up from this position.
Last edited: Mar 25, 2020
-
Fully Digital Forcellini + Attico-Latin / Lat-Att. dictionaries

The Youtube trends are a funny thing. I'd been uploading the home-exercising style of videos for many months, but now, suddenly(!) I don't know why - I cannot explain it, the videos notice quite some increased traffic Especially the last video with that "incline bench" attracted quite some attention. I can't explain it, but suddenly many guys have been spawned at their homes who desire to do the incline barbell chest press and they have no freaking idea how if they don't have the bench... and suddenly the silly video's gaining some numbers, lol.

You really can't explain virality (be it in the real world or in the virtual one), some things just start to spread apparently without any reason and beyond control

(Similarly, I still can't explain why, there are countless guys at their homes now, who, from some unexplained reasons, want to back squat with really heavy weights, but they have no rack, they have no idea how to get that barbell up... and my videos notice an increased attention. How this has happened escapes my mind! Where did they come from??!)
Last edited: Apr 15, 2020
-
Fully Digital Forcellini + Attico-Latin / Lat-Att. dictionaries

Update: 80kg squat achieved I was really worried with this one... I'm always worried when a heavy barbell gets into such high position.

(squatting with heavy weights after 45 days!...)

It ain't gonna revolve like this (there is a piece of furniture behind it), it's quite stable... well, I may just Steinborn lift such weights in the future, but I'm not yet that good Currently, I build these racks like once in 2 months (or month and a half)...

When will you go on Ninja Warrior? @Godmy

Very cool! Like Peter Parker, sort of: a nerdy boy who's, however, going to surprise everyone! I saw this only once, when the actor of the DC comics inspired TV show "The Arrow" (Green Arrow) Stephen Amell, who trained very hard for his role on the show (and did most of his stunt acts), tried to do his own run on Ninja Warrior (for charity)... he wasn't bad either

Staff member
Maybe one day I'll do squats again. The last time was in summer 2013.

Do! Either way, at least as a part of the home exercise, I would do the bodyweight (the simple) squats anyway once or twice a week.
-
Fully Digital Forcellini + Attico-Latin / Lat-Att. dictionaries

Yesterday, I found this quite interesting article concerning evolutionary psychology* when it comes to muscle size perception both by males and females.

*(that doesn't mean necessarily that everybody perceives it like that, that we direct ourselves just by these primitve desires or that human reason never comes in and changes the preferences, it merely describes why some of our most basic desires or kind of "primitive" preferences are the way they are in our brain due to the evolution and natural selection) 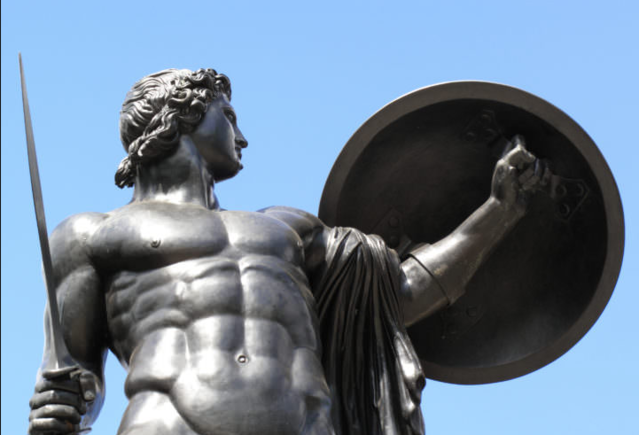 5 Reasons Why Muscles Matter, to Women and Men

New research reveals which muscles women and men consider the most attractive.


Summary:
Now, basically, it seems that, evolutionarily, males prefer much larger muscles than females would require because they are evolutionarily in an everlasting competition one with another (with intermissions due to family & friendly relationships) over the females and basically the biggest oponent seems to be most formidable, therefore has the biggest chance of never be outcompeted (the other males may not even try, even if they actually had better chances to be successful).

However, that doesn't explain why would the males evolve such preferences by the natural selection if the natural selection is done by females (females select the traits they like, they reproduce with their choice and therefore spread those traits to new generation). Well, it seems that they don't do all the selection after all. The primitively-evolutionarily most formidable male seems to "take all the harem" of all the available females (and is very little if at all challenged by the others) and the females simply didn't complain as much. So it seems, the "formidabiliy" slightly won over in the natural selection over the "attractiveness" factor (where a smaller but well built male may actually be perceived as more attractive... but he won't get a chance, because the larger one is blocking him effectively).

And, well, that should more or less explain why the males evolved muscle preferences they have (because the "formidability" factor made lots of times the natural selection better than the females would do themselves with the "attractiveness" factor) and why they are slightly different than those females have (and why it may have not mattered in the past, and perhaps, in some sense, may still not as matter... albeit the society and preferences change a bit: as in, the article describes that a "larger male" may be a preferred sexual choice for the female, but not really the ideal life partner/provider for her potential children... for that the female may find much smaller, but e.g., smarter/more-entertaining male, albeit he still may not be the father of children he believes he is and provides for).


At the end of the article they also mention, that in males, the number of pushups a male can perform is a much better predictor of a lower risk of a cardiovascular disease than a test on the treadmill

I wonder if anyone notices this. post.. it really taught me something new (that is, I knew lots of these facts about the evolutionarily psychology, but the one particular fact about the formidability factor driving the natural selection better in that regard than the female's agency (the attractiveness factor) was new for me! I always believed the natural selection was on 90% or more ultimately done by females... but well, it makes sense.
Last edited: Apr 17, 2020
-
Fully Digital Forcellini + Attico-Latin / Lat-Att. dictionaries

I forgot to add: the article also mentions that many of the masculine traits such as facial hair, (muscle size,) deep voice weren't really selected (in the process of natural selection) by females, but by males through the "formidability" factor. (=other males will perceive a big bearded guy with a deep voice as more formidable than anyone else, therefore that guy gets a free pass to the "harem"... and his traits are then spread to the new generation of males and that thinking patterns of "formidability perception" too! => therefore evolutionary psychology)
-
Fully Digital Forcellini + Attico-Latin / Lat-Att. dictionaries

And that's really what makes the evolutionary psychology most interesting, the underlying principle: that some thinking patterns and innate preferences were selected for through some process of the natural selection. In my own experience, having some basic knowledge of the evolutionary psychology explains most of the life around you and human behaviour really well ;p You just have to give up on the fact that humans act primarily rationally and not rather due to these primeval selected thinking patterns (at least, it explains many sorts of male ambitions quite nicely...)
-
Fully Digital Forcellini + Attico-Latin / Lat-Att. dictionaries