Staff member
An Australian mathematician has discovered what may be the oldest known example of applied geometry, on a 3,700-year-old Babylonian clay tablet.

Known as Si.427, the tablet bears a field plan measuring the boundaries of some land.

The tablet dates from the Old Babylonian period between 1900 and 1600 BCE and was discovered in the late 19th century in what is now Iraq. It had been housed in the Istanbul Archaeological Museum before Dr Daniel Mansfield from the University of New South Wales tracked it down.

That tablet, Plimpton 322, described right-angle triangles using Pythagorean triples: three whole numbers in which the sum of the squares of the first two equals the square of the third – for example, 3²+4²=5². 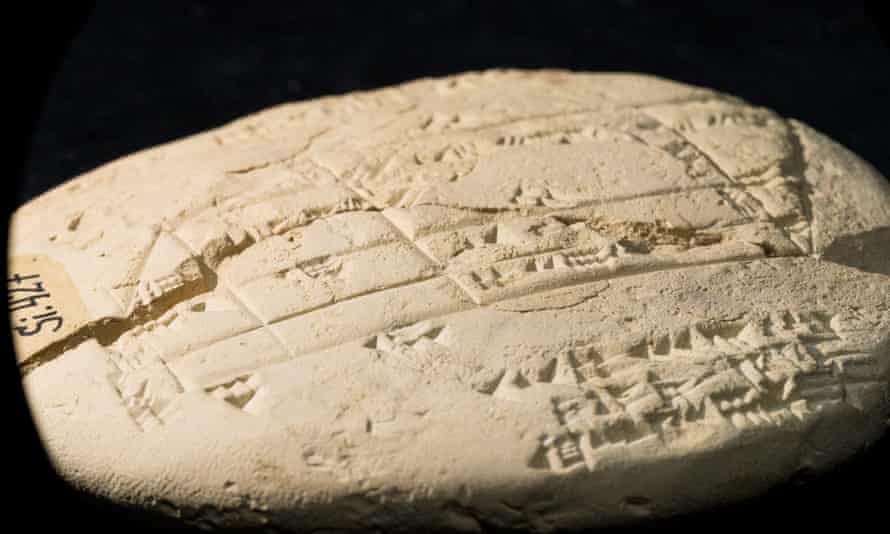 Staff member
is there a way to do superscripts? I'm not seeing one. 3^2 + 4^2 = 5^2.
Read our disclaimer before asking for a translation.
Wait for other opinions; Latin is my hobby.
Do not ask for a translation in a Private Message. PM benefits one person, a post - many.

I fixed the post above by shamelessly copy-pasting from this site: https://en.wikipedia.org/wiki/Unicode_subscripts_and_superscripts
3²+4²=5²
Last edited: Aug 10, 2021
​
Obsequium amicos, veritas odium parit.