Staff member
An immense stone that defined the sacred city limits of ancient Rome almost 2,000 years ago has been unearthed by construction workers in the historic center of the city.

The so-called pomerial stone or "cippus," is more than 6 feet (nearly 2 meters) tall and made of fine limestone called travertine. Workers discovered it in June while installing new sewers in the plaza around the recently-restored Mausoleum of Augustus, which opened as a museum earlier this year.

It was one of dozens of similar stones that marked Rome's "pomerium" — a sacred strip of land just inside and outside the city walls where it was forbidden to build or farm, and within which weapons were forbidden. According to ancient Roman law, anything inside the pomerium was part of the city of Rome (called "urbs") and everything beyond it was merely territory (called "ager").

"The founding act of the city of Rome starts from the realization of this pomerium," Claudio Parisi Presicce, the director of the Archaeological Museums of Rome, said at a news conference announcing the discovery in July.

According to Peter Wiseman, a professor emeritus of classics at the University of Exeter in the United Kingdom, the pomerium was first established by Romulus, the legendary founder of Rome, who outlined the city's walls in about the eighth century B.C. with a furrow he'd made with a plowshare drawn by a sacred ox.

The legend goes on to say that Romulus became angry and killed his twin brother Remus when Remus jumped over the furrow in mockery.

"The furrow itself thus marked the ancient boundary of the city, called the pomerium as if it were post moerium — 'behind the wall,'" Wiseman told Live Science in an email.

Until the redevelopment is completed, the stone will be on display in the Ara Pacis Museum, built around a nearby monument commissioned by the Roman Senate — the governing assembly of ancient Rome — to honor the Emperor Augustus in 13 B.C. 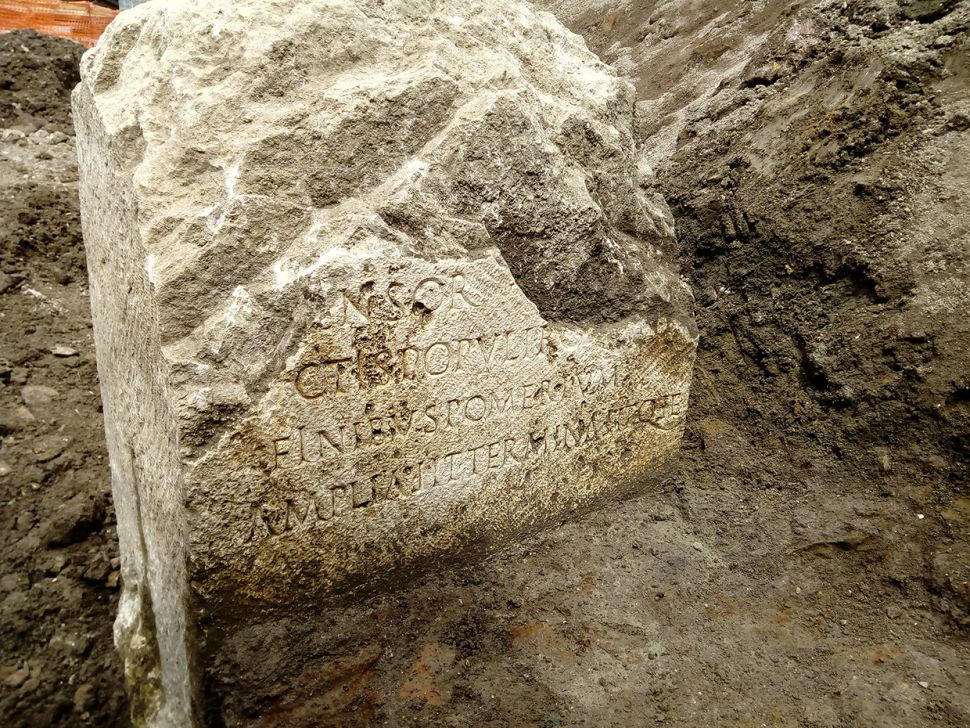 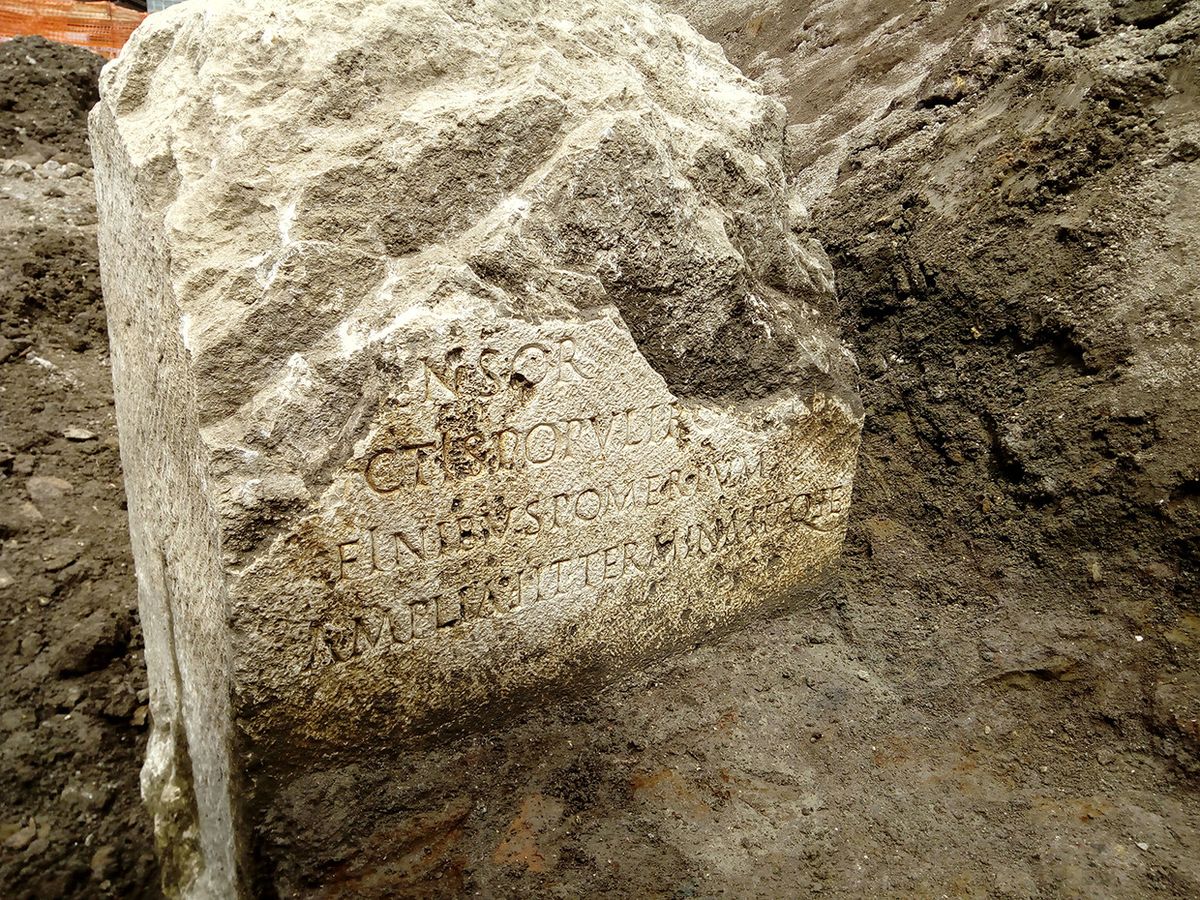 An immense stone that defined the sacred city limits of ancient Rome almost 2,000 years ago has been unearthed by construction workers in the historic center of the city.

Sorry, I didn't see you posted it already.