I will post Scottish things here, as I get the time.
'Iont want the marriage, just give me damage!

You're Scot-free to do so in this particular part of this forum!
mollia securae peragebant otia gentes.
(Ov. met. 1,100)

BTW, it's a shame that Scottish Gaelic is so endangered!

BTW, it's a shame that Scottish Gaelic is so endangered!
Click to expand...

I know, it's sad.
I'll do both, I want more Gaelic than Scots but I might start with Scots.


Bitmap dixit:
You're Scot-free to do so in this particular part of this forum!
Click to expand...


Aye, you're punny.
'Iont want the marriage, just give me damage!

Issacus Divus dixit:
I will post Scottish things here, as I get the time.
Click to expand...

Then again, I'm divus, so I'm scot-free to do anything.
Anyway. 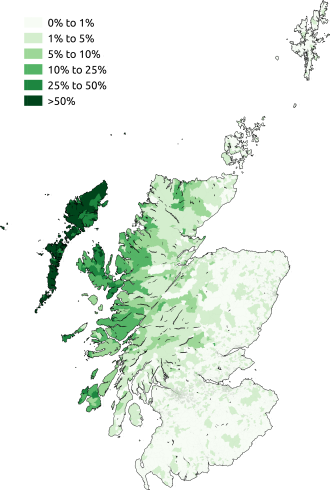 Scottish ( you know, Gaelic) has not been introduced strongly into the academics. I don't force Ethnic law upon anyone, but why wouldn't you want to preserve this? Your culture? And a beautiful culture, at that.


Terry, what took You so long to find Me? Why didn't You give me a pun sooner?
Alas, I have been searching and awaiting You.

For the Language.
Scots Gaelic is a language born out of the Brave Island.
Yep.
Now, the grammar:
Scaelic is a Indo-European lengye, as you know. She has a default verb-subject-object way.
Constructions follow as such: (Wiki examples)
Tha taigh agam- I have a house. This literally would mean "A house is at/on me." (Note here that this is akin to Slavic languages- we don't say "have" in Scaelic.)
Tha an cat sin le Iain- Ian (Iain) owns that cat. Literally "Is the cat that with Ian". Sounds like an interrogative sentence if you speak English, but it's not.

These are used when counting. When you use a number before a noun, you have to do some work, like
aon chara, dà charaid, trì càirdean

One friend, two friends, and three friends. Ye, you have to put them into Singular forms, Dual forms, and Plural forms.


Alba an Àigh
^
^
^
I'm also going to upload a surprise related to that soon.
'Iont want the marriage, just give me damage!

For Alba-
It's coming, I'm working on it a bit more.

The personal pronouns, of course.

Note that plural sibh is identical to "respectful" sigh- you'll come across this many times in language.

That’s a great thread, I’ll be following it.

Judging by Wikipedia
https://en.wikipedia.org/wiki/Scottish_Gaelic_phonology
it’s hard to recover the pronunciation from the spelling. However, I’ve found a dictionary with phonetic transcription and recodrings: https://www.faclair.com/ so I think I’ve got an idea how it all sounds. ‘Thusa’ appears to be just /u/.

No idea what that capital N stands for.

Quasus dixit:
No idea what that capital N stands for.
Click to expand...

Scottish is so innovative.

Recreation of the Battle Of Falkirk:

Sadly both languages are terribly endangered.


A lot of the dialects aren't. But, individual words and phrases are for the most part, so one can use similar vocabulary and learn mutual intelligibility.

Look thou here and here.

While on the subject of mutual intelligibility:
I know forlorn and on that Scots being its own lengye is a matter of debate. I am a native speaker of English, and I do find it easy to understand. However, even I doubt that it is a full on separate lengye. It was born out of Middle English, after all. But then again, look at some written Scots. Listen to Scots being spoken:

Have you heard of the Claymore? If so, did you know it is Scottish?
It was the claidheamh-mòr.

I have to admit, I wanted to talk about Germanic culture so strongly that I brought up swords.
I'm in Norsk and I've been trying to connect the Norse to the Gaels.
'Iont want the marriage, just give me damage!


The Great Gaelic Divide of Mutual Incomprehension lies about half-way down Co. Mayo and roughly across to Co. Louth. It isn't between Scotland and Ireland at all. Sadly, the loss of so many Irish speaking districts in NE Ireland and SW Scotland has caused the exacerbation of dialectal differences as they are now separated by huge swathes of English-speaking territory and are rarely in contact. My late father - a native speaker from North Donegal - had no great difficulty in understanding Scottish Gaelic speakers on TV, but hadn't a clue what speakers from Kerry and Cork were saying. Radio and TV have helped close some of the gaps in Ireland itself and hopefully, Gàidhlig/Gaeilge programming in the future will help do the same for the two nations before they become separate languages (although many people, with good cause, regard them as distinct languages already).
Oremus pro Pontifice nostro Francisco Vastatore: fiant dies ejus pauci.

Issacus Divus dixit:
I'm in Norsk and I've been trying to connect the Norse to the Gaels.
Click to expand...

Terry S. dixit:
In what way? There are loads of Viking loanwords in Gaelic.
Click to expand...

Ye, but I mean the people.
And I know about the Norse-Gaels.
'Iont want the marriage, just give me damage!

I wonder how many of us actually speak something like Gaelic. (not including the Glorious Gaelicker above Me.)

I want to jump into the Legends and Culture right away, but we've got to cover more language grounds first.
Here's a pronunciation guide with sound.

Relative Future
First person singular
Archaic first person plural (This form is rarely used anymore, instead the regular form just below plus the pronoun sinn is used)
All forms except First person
The Imperative (command) form of the verb is usually identical to the dictionary or root form of the verb.
When plural or polite, add -(a)ibh to the root form:
When the verbal noun is used, another auxiliary-type verb is used to encode tense, aspect and/or negation. However, the verbal noun carries the lexical information of the verb. In most cases the form of the verbal noun is the plain root or a suffixed root, where any of the following suffixes attach to the root: -ail, -aich, -amh, -inn, and -adh.
Bha mi a' dol dhan bhuth(aidh)
"I was going to the shop."


If you learn the conjugations and moods, Scaelic will become a real lengye for you. Make Fionn proud, and take up the claidheamh-mòr to fight for this beautiful, dying lengye!
'Iont want the marriage, just give me damage!

While that's being fought, why don't we look at Scots?
Scots is a maybe or maybe not case in linguistics. I've already spoken on it.
But we didn't go over some rules:
None. You naturally can understand Scots. The video is up for you.

By the way.
Gaelic verbs don't really have a present tense form. The only word that has a real present tense is Bi, which means "be".
"Present tense is typically expressed using the verb bi in combination with a verbal noun in an auxiliary construction.", as quoted from the wiki.
The example given is:
Tha Muirgheal a' pògadh Pòl.

This literally means "Muriel is kissing Paul", but it can mean either the progressive or simple present. Like Latin, but instead of the simple form being standard, it's the other way around.

Look thou here.
Hey, at least it's Scottish.
'Iont want the marriage, just give me damage!

I pretty much gave away the theme of My surprise in another thread, but I'll still do it for the sake of all things Scottish.
'Iont want the marriage, just give me damage!

I don't like empty promises.
Looking on these posts, it seems as though I am delaying things all together for this thread.
I assure and then reassure you that I am devoted and able for Scottish.
Alba an Àigh.

This should clear up any confusion between Irish and Scottish
https://www.nztcinternational.com/blog/irish-gaelic-and-scottish-gaelic-what-are-differences


Speaking of tales, this reminds Me of My Father telling the old tale of the family actually having a Scots-Irish ancestor.
( My mom said it too, lol.) 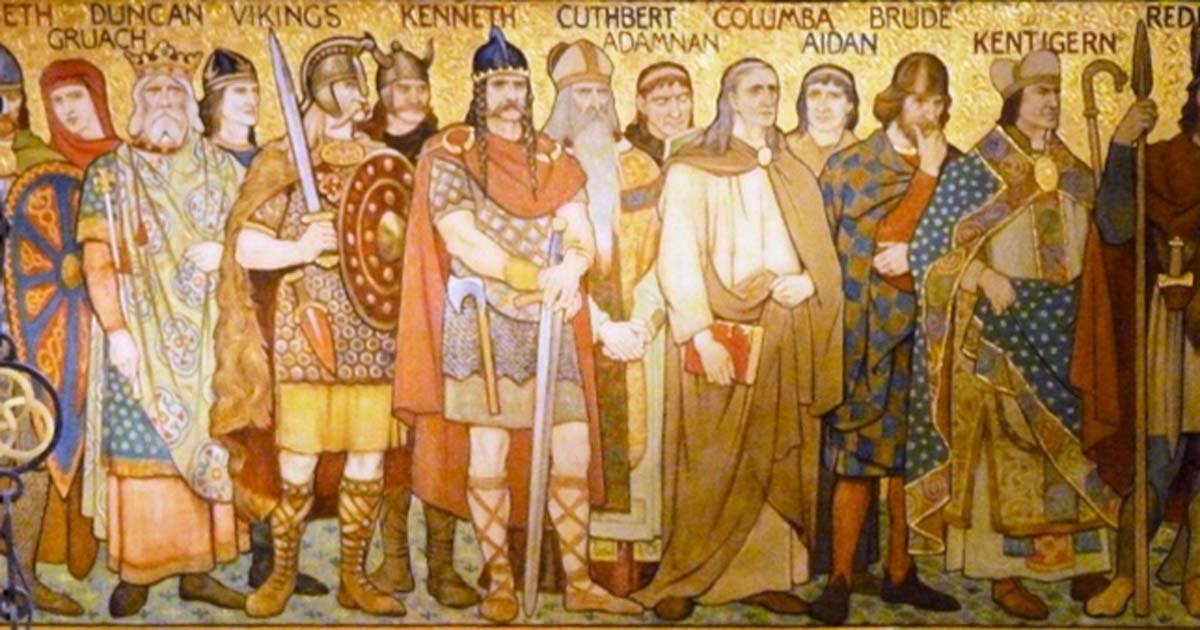