News (Ancient) The origin and legacy of the Etruscans 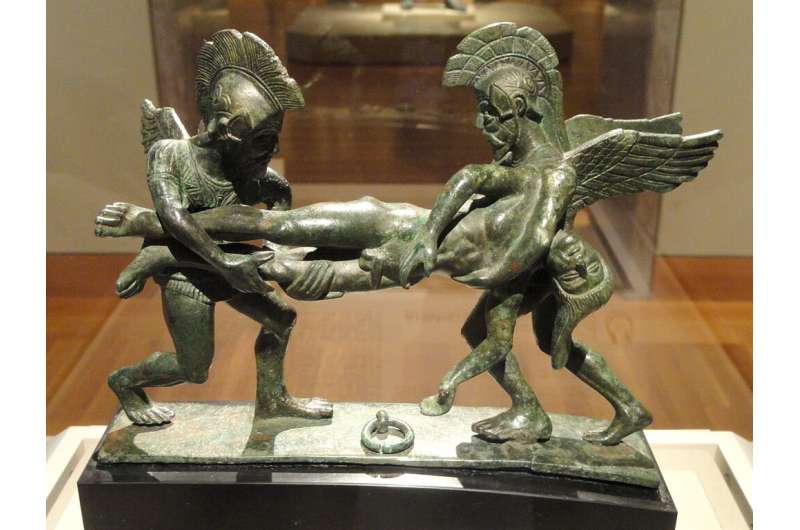 The Etruscan civilization, which flourished during the Iron Age in central Italy, has intrigued scholars for millennia. With remarkable metallurgical skills and a now-extinct, non-Indo-European language, the Etruscans stood out from their contemporary neighbors, leading to intense debate from the likes of the ancient Greek historian Herodotus on their geographical origins.

Now, a new study by a team of scholars from Germany, Italy, USA, Denmark and the UK, sheds light on the origin and legacy of the enigmatic Etruscans with genome-wide data from 82 ancient individuals from central and southern Italy, spanning 800 BCE to 1000 CE. Their results show that the Etruscans, despite their unique cultural expressions, were closely related to their italic neighbors, and reveal major genetic transformations associated with historical events.

With an extinct language that is only partly understood, much of what was initially known about Etruscan civilization comes from the commentary of later Greek and Roman writers. One hypothesis about their origins, the one favored by Herodotus, points to the influence of ancient Greek cultural elements to argue that the Etruscans descended from migrating Anatolian or Aegean groups. Another, championed by Dionysius of Halicarnassus, proposes that the Etruscans originated and developed locally from the Bronze Age Villanovan culture and were therefore an autochthonous population.

Although the current consensus among archaeologists supports a local origin for the Etruscans, a lack of ancient DNA from the region has made genetic investigations inconsistent. The current study, with a time transect of ancient genomic information spanning almost 2000 years collected from 12 archaeological sites, resolves lingering questions about Etruscan origins, showing no evidence for a recent population movement from Anatolia. In fact, the Etruscans shared the genetic profile of the Latins living in nearby Rome, with a large proportion of their genetic profiles coming from steppe-related ancestry that arrived in the region during the Bronze Age.

"This linguistic persistence, combined with a genetic turnover, challenges simple assumptions that genes equal languages and suggests a more complex scenario that may have involved the assimilation of early Italic speakers by the Etruscan speech community, possibly during a prolonged period of admixture over the second millennium BCE," says David Caramelli, Professor at the University of Florence.

Despite a few individuals of eastern Mediterranean, northern African, and central Europeanorigins, the Etruscan-related gene pool remained stable for at least 800 years, spanning the Iron Age and Roman Republic period. The study finds, however, that during the subsequent Roman Imperial period, central Italy experienced a large scale genetic shift, resulting from admixture with eastern Mediterranean populations, which likely included slaves and soldiers relocated across the Roman Empire.

"This genetic shift clearly depicts the role of the Roman Empire in the large-scale displacement of people in a time of enhanced upward or downward socioeconomic and geographic mobility," says Johannes Krause, Director at the Max Planck Institute for Evolutionary Anthropology.

Looking at the more recent Early Middle Ages, the researchers identified northern European ancestries spreading across the Italian peninsula following the collapse of the Western Roman Empire. These results suggest that Germanic migrants, including individuals associated with the newly established Longobard Kingdom, might have left a traceable impact on the genetic landscape of central Italy.

In the regions of Tuscany, Lazio, and Basilicata the population's ancestry remained largely continuous between the Early Medieval times and today, suggesting that the main gene pool of present-day people from central and southern Italy was largely formed at least 1000 years ago.

Although more ancient DNA from across Italy is needed to support the above conclusions, ancestry shifts in Tuscany and northern Lazio similar to those reported for the city of Rome and its surroundings suggests that historical events during the first millennium CE had a major impact on the genetic transformations over much of the Italian peninsula.

"The Roman Empire appears to have left a long-lasting contribution to the genetic profile of southern Europeans, bridging the gap between European and eastern Mediterranean populations on the genetic map of western Eurasia," says Cosimo Posth, Professor at the University of Tübingen and Senckenberg Centre for Human Evolution and Palaeoenvironment. 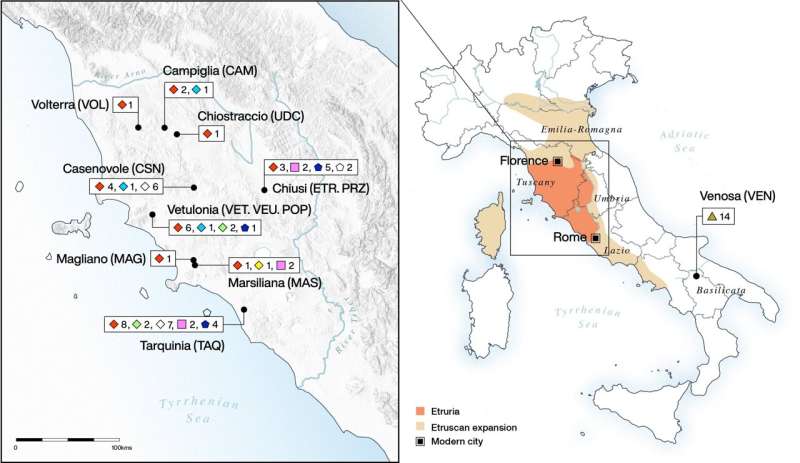 The origin and legacy of the Etruscans: A new study reports genome-wide data of ancient Italian individuals to trace the origins of the Etruscans and their contribution to later populations

Researchers present comprehensive ancient DNA data retrieved from peoples culturally affiliated with the iconic Etruscans, settling a long-lasting debate on the origins of this highly skilled and enigmatic culture.
www.sciencedaily.com 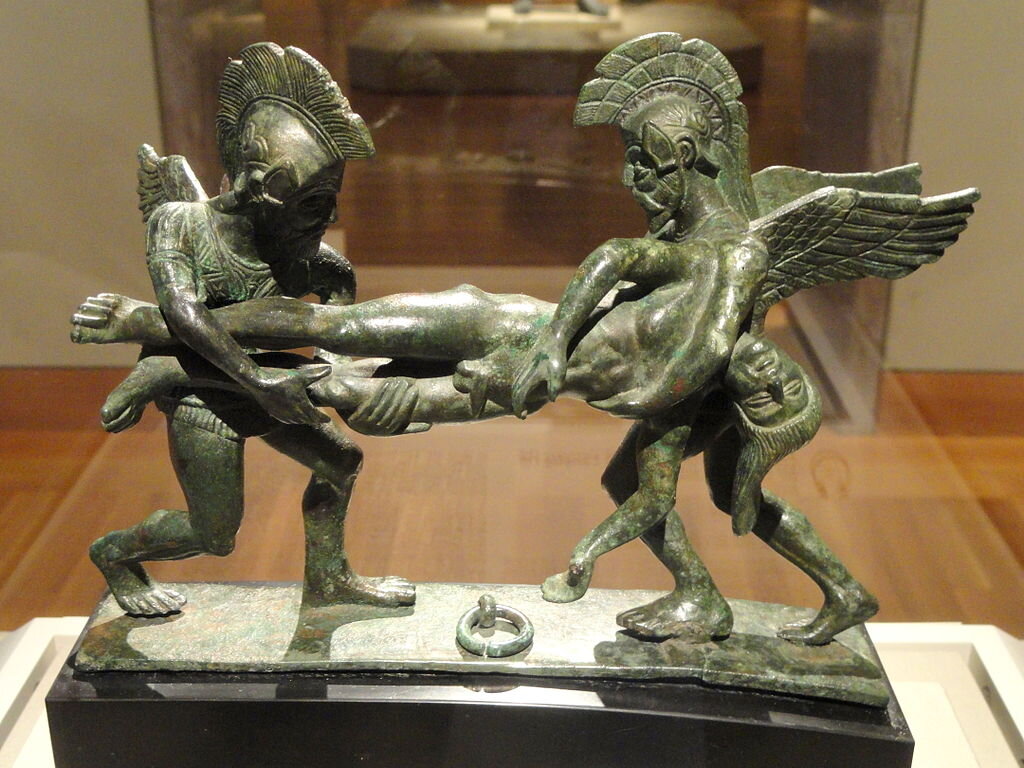 The origin and legacy of the Etruscans

The Etruscan civilization, which flourished during the Iron Age in central Italy, has intrigued scholars for millennia. With remarkable metallurgical skills and a now-extinct, non-Indo-European language, the Etruscans stood out from their contemporary neighbors, leading to intense debate from...